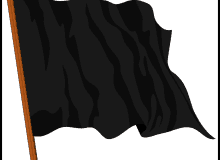 Hello and welcome to my first attempt at a quiz, outlining four basic, yet notably different perceptions of freedom. Which calls to you the most? Is it something new you had no idea about? These freedoms being Socialist or Marxist, which focuses on standing up for the weaker guy, and advocating equality as freedom. Next up is Materialist, Stirnerite materialist thought in particular, which goes on about individualism, egoism and existentialism. Then there's the polar opposite, which is Moralistic freedom based in piety and religion. Lastly, Classical perception of freedom, being classical liberalism